It has been a while since last upload of desktop wallpapers. In this upload, however, the resolution have been increased to 2880×1800. You know, laptops with a high screen resolution are more common nowadays. Click the images for full resolution. 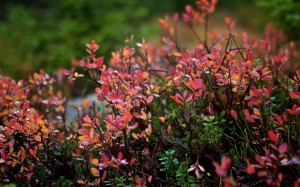 The image below is one of my better wallpapers, in my opinion. It is actually three images layered on top of each other. It is called high dynamic range (HDR) photographing. See the wikipedia article for the facts, or my other attempts and some thoughts on the software needed. 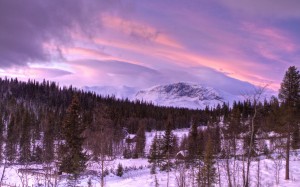 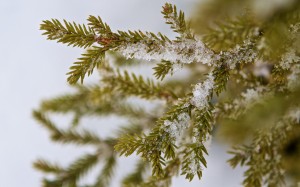 Another HDR image below. The sunset almost looked like a red northern lights.  There was northern lights the night before, but I forgot to bring my camera that night. Bad luck. 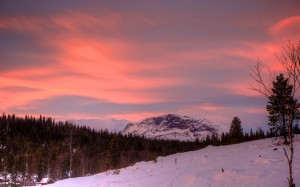 I will definitely do more HDR images. I think they look stunning, once you get the hang of it.

Leave a comment if you like the images. All photos are taken by yours truly, in Hemsedal, Norway.

After I bought the Photomatix HDR plugin for Aperture, I’ve been trying to make time for an evening outside, shooting some more images with high dynamic range.

Here are some pictures i shot during last “photowalk”.

I am still not completely satisfied with the results. As you might know, there are many factors influencing the result. When I shoot three images with different exposures, objects in the image may move, or the camera might slightly get out of place, giving “ghosts” or a fuzzy image. Camera-settings, noise in the picture and the settings in the photomatix-plugin will affect the quality of your “end-product”. Theres much to learn, and it’s really fun!

I’ve never been a fan of instagram-effects on photos taken on a device with 0,5mm image sensor. However high quality HDR photos has always amazed me. I’ve tried before, but even with hours spent in Adobe Photoshop, I could not get the image to POP.

I don’t normally use Photoshop, and think it is a to “big” tool to use when you’re editing photos. I googled around a bit and the first three results were Hydra, Photomatix and HDR EFEX PRO 2. I landed on Photomatix, because, firstly I liked the idea of having the HDR functionality as a plugin in Aperture (which is the image editing and sorting app I use), and secondly, it looked like it produced better true HDR images then Hydra’s images.

Buying, installing and using Photomatix was as easy as hoped, and gave me the editing options I wanted. Took me 5 minutes to get the result below, by of course over-doing the sliders a bit. Will probably get better results when I’m done toying around. But still, I think the result is a lot better then insta-hipsta-über-matic apps for Android/iPhone.

Ps. Photomatix is currently working on a standalone Linux version. Hopefully, more application developers will follow in their footsteps.